Spoiler Warning: This article contains content relating to the plot and/or storyline

Katherine Laura "Kate" Fleming is one of the two deuteragonists of Line of Duty franchise. She is a Detective Inspector in Central Police assigned to AC-12.

Fleming was born on the 3rd November 1985. At some point she married her husband, Mark Fleming and the two had a son together, Josh Fleming.

From Series 2 to Series 5 she and her husband are separated due to the restrictive nature of her work and her affair with Richard Akers. He retained custody of their son during this time, and changed the locks on the family home. They briefly reconciled their relationship and live together as a family again in Series 5, but are shown to have separated once again by Series 6.

Fleming joined Central Police in 2006 and was trained at the Ryton-on-Dunsmore Police Training Centre. There she met and befriended Jayne Akers, and also undertook specialist firearms training.

From 2012-2019 (series 1-5), Fleming worked with Anti-Corruption Unit 12 but after the investigation into Supt. Ted Hastings, Fleming felt it necessary to transfer out to work with the Murder Investigation Team.

It appears she has transferred back to AC-12 as of Series 6, Episode 6.

During AC-12's investigation into DCI Anthony Gates, Fleming went undercover at Kingsgate Station. After a long period working with the Criminal Investigation Department, Fleming transferred to Gates's unit. TO-20 to investigate him. A complaint was made against Fleming by Alf Butterfield for not adequately investigating a burglary at his home while she worked in the CID. Fleming was restricted to desk duties following this complaint which was later dropped after CS Derek Hilton consults Supt. Ted Hastings.

At the beginning of the second series, Kate visits the protected witness (Alexander Campbell/Tommy Hunter) in ICU, alongside DS Steve Arnott and Supt. Ted Hastings. However, after discovering that Tommy's handler was in fact her close friend and former colleague, Jayne Akers, she leaves the investigation.

Later on, Kate decides to rejoin the investigation and begins listening to the audio recording of Lindsay Denton's voluntary interview with AC-12. Unbeknown to any of her colleagues (except Hastings), she is then placed undercover at 4th Street Station in Lindsay's Missing Persons Unit, under the alias of DS Foster.

Kate follows Lindsay in her service vehicle (OV62 KYS), to a telephone box on the corner of Ridgeway Street and Sandhurst Lane. She then contacts the telecommunications department to access the last number dialed and is notified that the number was in fact that for the General Hospital switchboard. Kate quickly notifies Steve to get to the hospital and check on the witness.

DC Lindsay Denton commandeers DC Fleming to be her witness for the conversation with her CS Raymond Mallick about the assault on Lorna Barrett.

DC Fleming accompanies DI Denton to speak to a friend of Carly Kirk, a non-priority misper on 28 day review. Following this, they travel to the home of Carly's foster parents, whereby she learns that Lindsay can in fact use the sat-nav effortlessly, despite Denton claiming not having accurate travel information when escorting the witness to custody.

Kate meets covertly with DS Arnott to update him on the movements of DI Denton whilst he and the late Georgia Trotman attended the incident at the hospital. They discuss the events which provide Lindsay with a perfect alibi as she was visiting her mother at the care home, at the time of the killing. She goes on to give her sympathies to Steve over the death of Georgia and wishes him a good night.

Fleming receives some information from Carly's fiend, Michelle, which suggests that her boyfriend might have been a mechanic - she passes these details onto Denton. She also witnesses the commotion in Lindsay's office when Carly's foster parents are informed there isn't going to be a press conference.

After work, Kate visits Richard Akers' address whereby she sleeps with him, but leaves shortly afterwards and visits Lindsay's house to apologise. She makes conversation with Denton over topics such as her cat and house but proceeds to leave when she notices her company may be unwanted. Upon putting on her coat and heading towards the door, Kate notices Lindsay's neighbour is playing considerably loud music and offers to speak to them, however Lindsay quickly asks her not to.

Denton then becomes very confrontational towards Kate and asks her "What's the worst thing you've ever done to anyone?", Kate asks her whether she'd done something wrong but she refuses to answer and says "Yours first." Kate talks about lying to a dead man's family but Lindsay refuses to believe her and claims she wasn't being honest with her, putting Kate on edge and exiting sharply.

The next day, Kate enters Lindsay's office with a tea and begins to leave but she is requested to stay; Denton begins asking Fleming questions about working on mispers. Lindsay begins supposedly getting mixed up and suggests they should continue the meeting another time, Kate agrees and leaves the office to return to her desk.

Fleming re-enters the communal office and looks for Denton but cannot locate her - she then receives a text message from Denton to meet her at A&B Carriage Repairs on the Canalside Industrial Estate. En-route to the location, Kate contacts Steve and learns that the location is an empty repair garage used as a front, Arnott calls in backup as a precaution. Kate questions DI Denton over the location and it being involved in the Major Violent Crime investigation, to which Denton replies that the scene has been released because forensics have finished. She then asks whether it's really a good idea to be there with AC-12 currently investigating her; Lindsay violently punches her in the abdomen and asks "Do I look like I was born yesterday?".

Kate quickly tries to deny her question but Lindsay doesn't believe her and pins her against a wall, questioning what Kate's playing at - Lindsay proceeds to pick up Fleming's phone and reads DS Arnott's profile which is saved in her phone. Kate's cover is blown and she is left at the back of the repair garage, alone.

She returns to the AC-12 office and is greeted in the interview room by two of her colleagues, Hastings and Arnott, whereby they all learn that they've underestimated Lindsay. Ted reassures Kate and instructs Steve to issue Lindsay with a Regulation 15 Notice and get her in for an interview.

After Sergeant Danny Waldron shoots a suspect, Kate is placed undercover in Danny's squad within the Strategic Firearms Command.

In series 4, DCI Roseanne Huntley apprehends a serial killer. But after concerns are raised by Forensic Coordinator, Timothy Ifield, about anomalies in the forensic evidence, Kate is placed undercover in Roz's unit.

In series 5, Kate investigates DS John Corbett and the OCG alongside DS Steve Arnott, Supt. Ted Hastings and the rest of AC-12. But after Ted's unauthorised undercover operation, Kate has no choice but to report him to DCC Andrea Wise, resulting in AC-3's investigation into Hastings led by DCS Patricia Carmichael. In the end Kate and Steve investigate and Kate places Gill Biggeloe under caution, as they discover her links with the OCG.

18 months after the events of Series 5, Kate is shown to have voluntarily moved on from AC-12 and joined the Murder Investigation Team based out of Hillside Lane Station. She is Deputy Senior Investigating Officer of Operation Lighthouse, which is led by DCI Joanne Davidson. She is also shown working alongside PS Farida Jatri and DS Chris Lomax, and appears to have developed a genuine positive relationship with her new team despite her past in professional standards.

It is also revealed that despite transferring from AC-12 to a more manageable role, she and her husband Mark Fleming have once again separated and live in different houses. Fleming routinely tries to spend time with her son Josh Fleming, but her efforts appear less than successful. 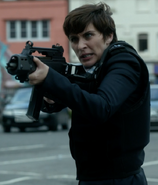 Kate with her gun raised at Dot in a bid to disarm him during the pursuit (Series 3).

Fleming using her status as an AFO to carry a sidearm during the raid on Pulton House (Series 5). 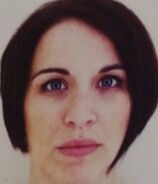 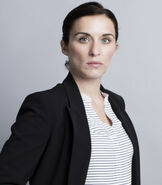